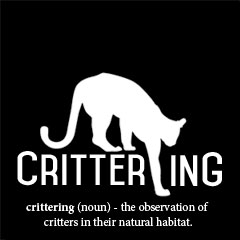 Blue light fills the cab of my pickup as lightning crashes into the ground all around me. In the midst of a fierce desert thunderstorm, I am watching an animal that hasn’t been documented in Colorado for nearly 20 years – Vulpes macrotis, commonly known as the kit fox.

The kit fox is an arid land fox inhabiting the sagebrush and shrubland west of the Rocky Mountains. It has a slim body with a grizzled yellow-gray coat, long slender legs, and a bushy tail. Its exceptionally large ears are the biggest of any North American canine relative to its size. The kit fox is well adapted to life in the desert. It needs to drink little or no water, utilizing liquid from prey to stay hydrated. The pads of its feet are insulated with tufts of course hair for protection from scorching sands. During the day, the kit fox rests in its multi-entrance den to stay cool and conserve water. By night, it forages for prey, which primarily consists of jackrabbits, cottontails, and rodents, including prairie dogs and kangaroo rats.

The kit fox is listed as a State Endangered Species in Colorado. The eastern margin of its range just barely extends into the state in Mesa, Garfield, Delta, and Montrose counties. Although it was probably never common in Colorado, historical records suggest that populations have declined since the mid-20th century. The reasons for this decline are not well understood, but likely factors include climate variability, use of poisons for predator control, and competition with coyotes and red foxes. The last kit fox recorded in Colorado was in 1996 during a study by J.P. Fitzgerald.

The swift fox is similar to the kit fox, but has smaller ears and inhabits the grasslands of the eastern plains.

Beginning in 2008, ecologist Melissa Reed-Eckert began an extensive search for kit foxes in western Colorado as a master’s student at the University of Colorado. Baited stations consisting of track plates and wire brushes to snag hair samples were strategically placed at 136 sites throughout the kit foxes historical Colorado range. As part of her thesis, she sought to demonstrate how variations in climate affect species like the kit fox at the margins of suitable habitat. The effort of surveys such as this are commonly measured in trap-nights. That is to say, the number of traps deployed times the number of nights the trap is left out in the field. Reed-Eckert’s study resulted in a total of over 3,800 trap nights in Colorado. The stations detected red foxes, dogs, raccoons, and skunks, but no confirmed kit foxes. Only a questionable, but probable, track at one station hinted at the possibility of a kit fox existing in the study area.

After reading Reed-Eckert’s thesis, I felt the odds of photographing a kit fox in Colorado were abysmal. It appeared that the kit fox may be gone for good from the state. Nevertheless, I wanted to roll the dice myself and spend some time exploring Colorado kit fox habitat. I’ve had success finding swift foxes on the eastern plains by driving the backroads at dawn and dusk and watching for the tell-tale glint of golden fur on the prairie. I knew I couldn’t top previous efforts by the likes of Fitzgerald and Reed-Eckert, but I decided to spend a few days using this approach on my way to and from photographing known kit fox sites in Utah.

A young kit fox explores the outside world near Moab, Utah.

I was astonished when my tactics worked in short order. Was my sighting a one in a million occurrence? If not, how many more kit foxes might be living in Colorado? Perhaps climatic conditions have been favorable in the years since Reed-Eckert’s survey, promoting the survival of both prey and predator.

In 2005, 12 man-made dens and 42 quick escape tunnels were installed by Rocky Mountain Wild and the Bureau of Land Management. With openings that are large enough for a kit fox, but too small for a coyote to pass, these dens help protect future kit foxes against predation. To avoid extirpation in Colorado, kit foxes need suitable contiguous habitat, away from human build up and the associated red foxes, coyotes, and domestic dogs that follow. Additionally, they need an abundant prey base of rodents, rabbits, and hares. Finally, they need suitable den sites with the proper soil for digging, undisturbed by development and recreation. Additional measures are currently needed to identify and protect critical habitat to promote the kit foxes future in Colorado.

The storm barrels east and a rainbow appears. At its end is a kit fox, and for me, that is better than a pot of gold. The fox stretches, yawns, and then disappears into its den for good. I return several more times over the coming days, but never see it again.

A kit fox at the end of the rainbow.

← The Sky Islands of Arizona
Are There Turtles in Colorado? →